“Human Centered Design is about designing for inclusion. So using design as a way to bring together different disciplines and people from different backgrounds and whether you have a university degree or not, it doesn’t matter. You can still acquire, you can still apply the tools and you can still learn certain skills for you to be able to navigate your way in life and solve problems in your own context. So for me, it’s about the democratisation of the design discipline and making it more accessible and using it as a strategic tool to solve problems”. – Dr. Keneilwe Munyai

Design is indeed an innovative problem solving tool, but unfortunately not everyone understands it or applies it in their problem solving approach. In this article Dr. Keneilwe Munyai shares her biggest dream which is to bring HCD into the schools so people become aware of design early in their study. She strongly believes that all students should be exposed to design earlier in their education. She also shares a unique case study that helped improve financial inclusion for informal traders in Tanzania.

The Comfort of Large Data

The research started off with quantitative data where surveys were sent out to thousands of people, because that’s something that makes financial institutions feel more comfortable. If you’re saying in a country of 60 million people, only ten people are interviewed, that sounds like nothing to financial institutions. Sending out 5,000 to 10,000 surveys and analysing them gave them a sense of comfort because now they have larger data that can guide their decisions. For the designers, the goal was how do we actually translate that data into meaningful tangible outcomes? Because it’s not enough to have all this evidence and have all this data and not use it to make decisions, but how do you actually turn it into something tangible that is meaningful not only for the financial institution, but also for the people that are impacted by the problem. After the quantitative data, we also did the qualitative data collection which were interviews.

Different categories of informal traders were identified. So from shop owners to transportation to farmers. Interviews were conducted with all of them to understand the context and their challenges. What was interesting with all of this was that there were a lot of rich insights and that’s what qualitative research actually allows you to do. Because by doing the quantitative research first, at least it helped to narrow down, in terms of the areas to focus on. And then you can take those areas and dig deeper, which is what qualitative research enables you to do. After the research was done, we spent time analysing the information. So I was taking the interviews first and then analysing and synthesising the research. And this was basically an opportunity to really spend time and immerse ourselves into the information that we got so that we could understand the real problem and pick out the real interesting insights which then would be a springboard for the extra innovation. So spending a lot of time understanding the problem and understanding what the real challenges are for the people that we were interviewing. So that when we move on to trying to co-create a solution, at least we have spent time and we understand what the data had told us, we understand what was contained in the data and we did this in collaboration with the employees of the financial institution. What was interesting there was that we had quite a diverse team from product developers within the financial institutions but also the regulators. These are the people that ensure whatever is being developed meets the requirements in terms of regulation. Which was quite interesting because often we don’t think of bringing in the regulators and only later we realise that actually this is not going to work from a regulation perspective. So it was quite interesting to have people in the same room that can actually help us flag certain things and flag certain solutions as we were developing them as well.

In terms of the outcome of this whole process, it was basically tangible solutions that the institutions can now develop further and implement in the context and solutions that were tested. Before we handed these solutions to the financial institutions, we did rounds of testing with the people that were impacted in order to understand that we are going in the right direction. So we didn’t want a situation where the financial institutions end up spending time and resources on a solution that is not going to work. Testing was critical as well in this whole process and I think it was valuable especially for the employees of the financial institutions as well because they saw the value of doing that upfront as they didn’t have to spend any money developing low fidelity prototypes and taking them out to the communities to get feedback quickly.

Synthesis is organising, pruning, and filtering data in the context of a design problem, in an effort to produce information and knowledge.” finding clarity in chaos” to transform the data into insights. The most basic principles of making meaning out of data is to externalise the entire meaning-creation process as well which is achieved through a systematic synthesis process to search for consensus as a team (convergence). It is the process of finding relationships and patterns within the data collected. It is less important to be “accurate” and more important to engage with the data, and encourage thoughts and reflections. Often, teams will either have done the interviews or either create themes and label those themes and then choose the theme that they want to take forward in terms of the innovation, which I always felt, doing that doesn’t necessarily help engage more with the data. And so I started applying this tool which consists of four quadrants: connections, contradictions, tensions and surprises. And basically after the team had unpacked their interviews, they had to physically look at the interviews that were unpacked and start forging connections. So looking at the information from across the interviews that they’ve anticipated and also within the interviews themselves, look at what are the connections, is there anything that the people that we’ve spoken to have said that were connected? Is there anything that people have said that were contradictory? And that requires a lot of focus and it requires you to really pay attention to the data. It also requires you to listen to other people, to listen to each other as a team because the information won’t end up in the quadrant where it needs to end up unless the team has discussed it and come to a decision that actually, it belongs to a particular quadrant.

Why use the synthesis tool

How to use the Synthesis tool

Explanation of the Quadrants 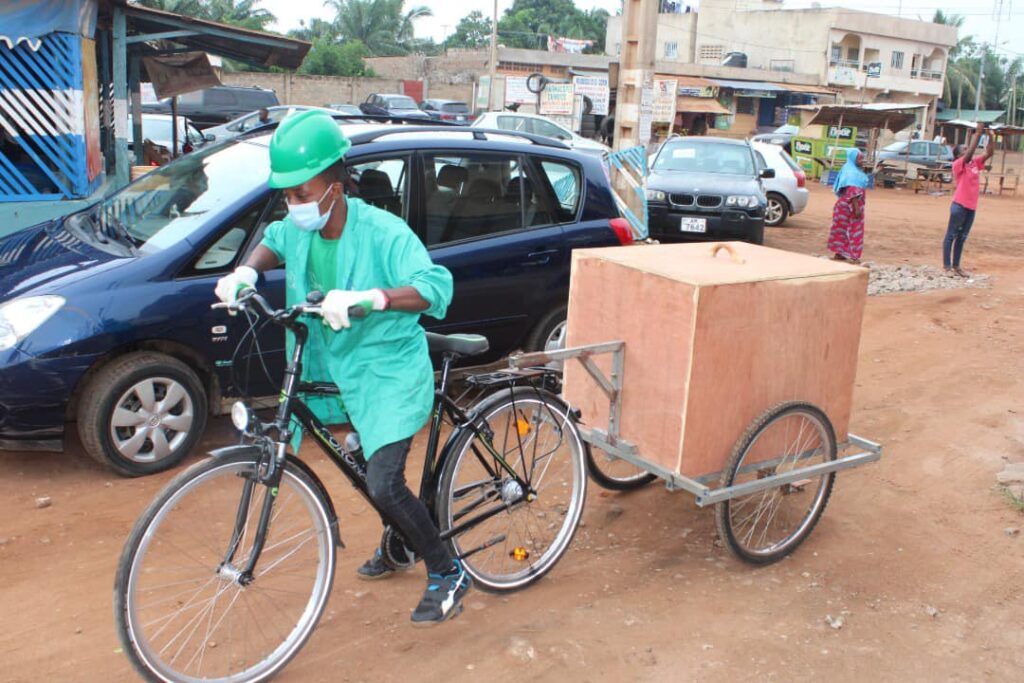 In this blog, our HCD reporter, Ms. Anais Simpenzwe from Rwanda,  interviewed Mr. Martins Iyekekpolor from Nigeria about a client case he did on getting more women into digital jobs in Nigeria. 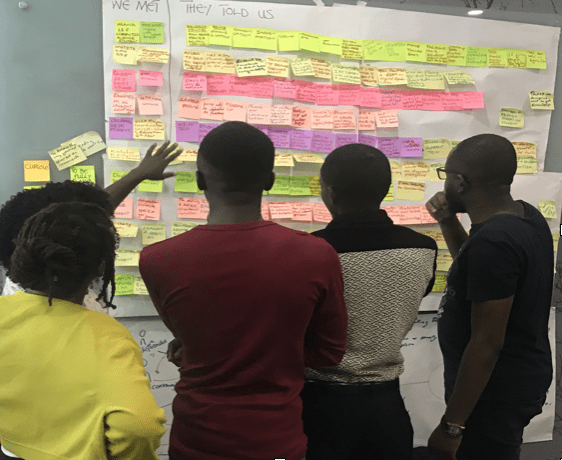 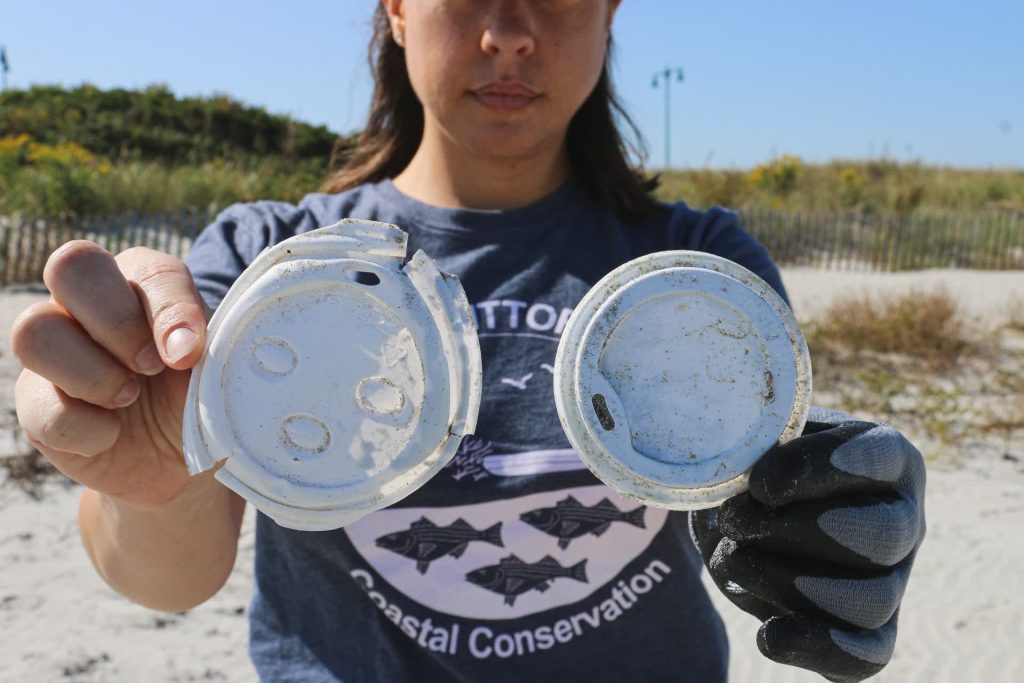 Improving Financial Inclusion for the Informal Traders in Tanzania

Please confirm you want to block this member.

You will no longer be able to:

Please note: This action will also remove this member from your connections and send a report to the site admin. Please allow a few minutes for this process to complete.

You have already reported this .
Clear Clear All

In need of an HCD expert for your project?

Fill in the form and we’ll get back to you with a list of qualified and skillful candidates bespoke for your project!

Let’s have a chat! Apply and become the pioneer of the first global HCD community.